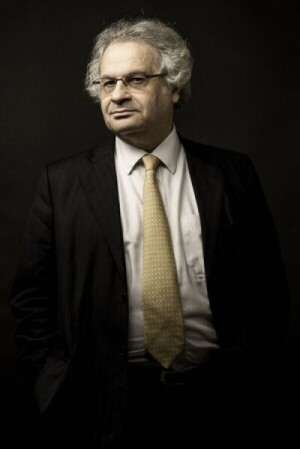 LEBANESE-BORN FRENCH AUTHOR TO BE AWARDED PARK KYUNG-NI PRIZE Lebanese-born French novelist Amin Maalouf has been named this year’s recipient of the Park Kyung-ni Literary Prize, the award’s organizer, the Toji Cultural Foundation announced, Wednesday.In the 1970s, Maalouf served as the director of An-Nahar, an Arabic-language daily newspaper published in Beirut, Lebanon, until the civil war broke out in his home country in 1975. He moved from Beirut to Paris the following year, where he continued to work in journalism as editor-in-chief of the pan-African weekly news magazine, Jeune Afrique.The 73-year-old writer made his literary debut in 1983 with his thought-provoking historical essay, “The Crusades Through Arab Eyes.”Some of his most well-known pieces include “The Rock of Tanios,” which earned him the prestigious Goncourt Prize in 1993 and “In the Name of Identity: Violence and the Need to Belong,” which received the European Essay Award in 1998.Maalouf has numerous other recognitions under his belt, such as the 2010 Prince of Asturias Award for Literature and the National Order of Merit awarded by the French government in 2020. Last year, he was honored as one of 12 authors for the inaugural Royal Society of Literature’s International Writers program, along with Korean American poet Don Mee Choi.The annual Park Kyung-ni Literary Prize was established in 2011 to honor the achievements of Park (1926-2008), a towering figure in Korea’s literary scene, who was best known for her 16-volume epic saga, “Toji (The Land).”It is the first international literary award to be established in Korea to recognize novelists for their notable contributions to world literature. The winner receives a prize of 100 million won ($72,290).Past prize recipients include Korean literary heavyweight Choi In-hoon, Russian novelist Lyudmila Ulitskaya, American writer Marilynne Robinson, Kenyan author Ngugi wa Thiong’o and Albanian novelist Ismail Kadare.This year’s award will be conferred on Oct. 13 at Signiel Seoul in Songpa District, followed by the writer’s talk, which is scheduled to take place at the Kyobo Convention Hall in central Seoul four days later.