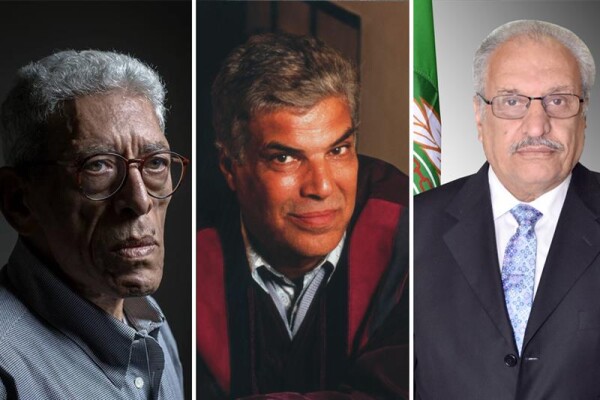 In a meeting chaired by Egypt’s Minister of Culture Ines Abdel-Dayem, members of Egypt’s Supreme Council for Culture (SCC) voted on the top awards.

The Nile Award is granted to three people in the fields of literature, arts, and social sciences. Each winner receives EGP 500,000 and a gold medal. A new award for the most creative Arab personality was added for the first time in 2018.

The Nile Award in Literature was given to writer Ibrahim Abdel-Meguied.

The Nile Award in Arts was handed to director Dawood Abdel-Sayed.

The Nile Award in Social Sciences went to the late lawyer and head of the lawyers syndicate Ragi Attia.

The Nile Award for the Most Creative Arab personality was awarded to late Iraqi thinker Qais Al-Azzawi, who died in 2022.

The Nile Award for a creative Arab personality was launched in 2018 in a bid to strengthen ties between Egypt and Arab creative minds.

The Excellency Award in Literature was granted to writer Reem Bassiouny and Amr Fouad Dawara.

The Excellency Award in Arts was handed to Gamal Yaqoot and Ahmed Abdel-Kareem.

In addition to the previous awards, the SCC granted 32 encouragement awards, each one of them worth EGP 50,000.

Seven Excellency Awards worth EGP 100,000 and a silver medal.

Ten Appreciation Awards worth EGP 200,000 and a gold medal.

The 32 Encouragement Awards are divided as follows: eight for the arts, eight for literature, eight in social sciences, and eight for law and economic research.

Of the seven Excellency Awards, two are for the arts, two for literature, and three for social sciences. Political analyst Ammar Ali Hassan and economic expert Ahmed El-Naggar were among the winners of the prize last year.

The vote also includes 10 Appreciation Awards: three for the arts, three for literature, and four for social sciences. This award was granted for the first time in 1999. Novelists Khairy Shalaby and Gamal El-Ghitani, poet Mohammed Afifi Mattar, and critic Gaber Asfour are among the past winners.

Finally, the four Nile Awards are divided as follows: one for the arts, one for literature, one for social sciences, and one for the Most Creative Arab personality. The Nile Award was originally named the Mubarak Award, but was changed in the aftermath of the 25 January 2011 Revolution that ousted president Hosni Mubarak from power.

Poet Abdel-Rahman El-Abnoudi, writers Bahaa Taher, Ibrahim Aslan, and Waheed Hamed, and cinema director Youssef Chahine are the most prominent figures to date who have won the Nile Award.

The State Awards were launched in 1958 and have only been cancelled once, in 1967, during the Six-Day War between Egypt and Israel.