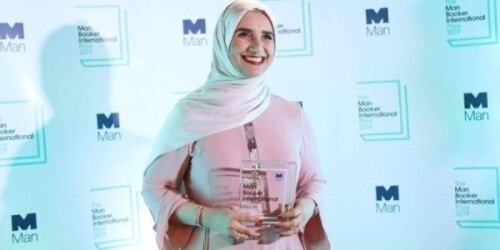 Omani writer Dr. Jokha Al Harthi has won the Arabic Literature Prize for her novel “Ladies of the Moon.”

The Arab World Institute in Paris announced the winning of the Omani writer’s novel, which was translated into French.

The jury that judged the entries comprised of prominent figures in the world of media, arts and culture, in addition to specialists in the affairs of the Arab world.

This is the second international award that writer Jokha Al Harthy receives after winning the Man Booker Prize in 2019 for her novel “Celestial Beings.”

It is worth noting that the Prize for Arabic Literature in France is a prestigious literary prize established by the Arab World Institute in Paris, in partnership

with the Jean-Luc Lagardère Foundation in 2013. It is awarded exclusively to literary works by Arab writers, provided that these works are written in or

The value of the prize is ten thousand euros, and it was won in its first session by the Lebanese novelist Jabour Al Douaihy for his novel “The Homeless”, while

the Egyptian novelist Mohamed Abdel Nabi won in its eighth session for his novel “The Spider’s House”.