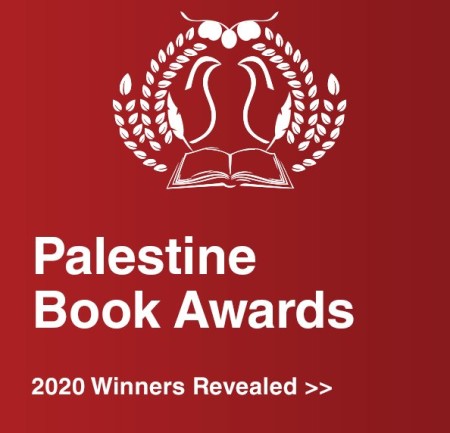 The winners of this year’s Palestine Book Awards (PBA) were announced yesterday following another year of strong submissions. Judges sifted through 38 books covering a number of genres. Due to the coronavirus pandemic, the prestigious event celebrating the work of authors who focus on Palestine and the Palestinians was held online. Participants logged on from around the world.

The 2020 PBA ceremony, the ninth to be held, began with a keynote address by Dr Rima Khalaf, President of the Global Organisation Against Racial Discrimination and Segregation, following opening remarks by Professor Karma Nabulsi. The senior lecturer in political theory at the University of Oxford congratulated MEMO and the PBA judges, as well as the shortlisted authors, before handing over to Khalaf.

Dr Khalaf spoke of the many challenges that are faced when publishing books about Palestine. The PBA, she noted, has created a much needed space to promote such works about the experience of 11 million people who, although separated by history and geography, have been the victims of Israel’s ethnic cleansing and ongoing occupation.

“One of the things that makes our event uniquely special is its focus on a subject that was until recently under siege in most of the Western world,” Khalaf pointed out. “Trying to publish a book on Palestine, particularly one critical of Israel, was for many a frustrating undertaking, if not a futile one.”

The keynote speech was followed by a discussion with the shortlisted authors, hosted by Professor Eugene Rogan. The academic from St Anthony’s College, Oxford praised the efforts to distil “some of the finest work in global literature and humanities” down to four winners before opening a discussion about shortlisted volumes.

Susan Abulhawa began the discussion with insights into her book Against the Loveless world. The book was entered in the creative award category and is a powerful novel that is said to challenge and shock, and make people rethink the experience of Palestinian women. In a rare endorsement of a work of Palestinian literature, the book was reviewed in the New York Times, which described it as “a beautiful, urgent novel of the Palestinian struggle.”

Abulhawa spoke about the main characters in her book. She said that the volume came out of her interest in the lives of women in general, and particularly women who teeter on the margins of society and, in the case of her characters, people who are already marginalised due to their exile.

The theme of the struggle of Palestinian women continued with a discussion of Passage to the Plaza. Sahar Khalifeh’s book was translated by Sawad Hussain 30 years after it was originally published in Arabic. This fast-paced novel follows a multi-generational cast through the first Palestinian Intifada. Speaking from Cambridge, Hussain recounted the story of how she got involved in the project and spoke of the significance of the book to the Palestinian narrative, especially for women.

READ: Passage to the Plaza

There Where You Are Not, which brings together the writings of celebrated Palestinian artist and theorist Kamal Boullata, was the third book to be discussed. Essays in the collection explore intersections between aesthetics, history and politics that are central to the historiography of modern Arab art.

The editor of the book, Dr Finbarr Barry Flood, joined the programme from Brooklyn, New York, to share his thoughts. He is a Professor of the Humanities at the Institute of Fine Arts and College of Arts and Sciences, New York University, and spoke about the initial idea for the book and the challenges he faced in structuring it.

The discussion then turned to a collection of poems by Nathalie Handal in Life in a Country Album. This is the seventh collection from the Palestinian American poet. The questions of home and belonging lies at the heart of the collection. Handal spoke about the experience of being displaced, describing her situation as that of “a passenger in someone else’s landscape” who is prevented from returning to her home in Palestine. Her poems are an attempt to describe what it means to be a Palestinian in exile.

A more sobering book is Incarcerated Childhood and the Politics of Unchilding by Nadera Shalhoub-Kevorkian. This is an original take on the idea of “unchilding”, a new concept which she described during the conversation with Rogen. The book is a quest to understand the impact of Israeli assaults on Palestinian children and their non-existent childhood, which has been stolen from so many. It offers harrowing testimonies and the voices of those who experienced the violent upheaval of the Nakba as well as the ongoing Israeli occupation.

READ: Incarcerated Childhood and the Politics of Unchilding

Explaining the concept of “unchilding”, Shalhoub-Kevorkian said that it was an analysis of the way in which children become a location of political action and are denied their childhood by the actions of the occupation state and its repression. She spoke about her work with the children whose stories inspired her research and writing.

The discussion then turned to two books in the academic category: Legacy of Empire Britain, Zionism and the Creation of Israel by Gardner Thompson, and The Hundred Years’ War on Palestine: A History of Settler Colonialism and Resistance, 1917–2017 by Rashid Khalidi.

The first offers a clear-eyed review of political Zionism and Britain’s role in shaping the history of Palestine and Israel. Thompson explores why the British government adopted Zionism in the early twentieth century before issuing the Balfour Declaration in 1917 and then retaining it as the cornerstone of its mandate rule in Palestine after the First World War.

The second is the latest volume by Khalidi, a US historian of the Middle East and Edward Said Professor of Modern Arab Studies at Columbia University. The book has been lauded as a landmark history of the century of war waged against the Palestinians. It tells the story of the settler colonial conquest and resistance through pivotal events as well as Khalidi’s family history.

Speaking from London, Thompson explained the reasons for writing his book and traced some of the early debates within the British establishment concerning Zionism prior to the creation of Israel. Khalidi joined the programme from the US and explained why he adopted the settler colonial paradigm to tell the story of the dispossession and ethnic cleaning of Palestine.

The winners of each category were announced at the end of the evening.

The 2020 Winners of the Palestine Book Awards

Finbarr Barry Flood (Editor) for There Where You Are Not: Selected Writings of Kamal Boullata(Hirmer Verlag, Munich)

Susan Abulhawa for Against the Loveless World (Bloomsbury Circus)

Rashid Khalidi for The Hundred Years’ War on Palestine: A History of Settler Colonialism and Resistance, 1917–2017 (Metropolitan Books/Henry Holt & Company)