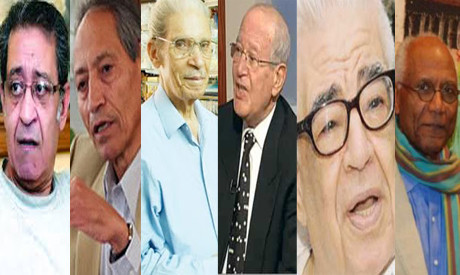 Egypt’s highest state awards in art, literature and social sciences for 2019 were announced today, 20 June 2020, during a ceremony at the Cairo Opera House with attendees adhering to social distancing measures.

Members of Egypt’s Supreme Council for Culture (SCC) convened on Saturday for the first time in the 1,300-seater main hall of the Cairo Opera House to vote on the winners. The meeting was headed by Egypt’s Minister of Culture Ines Abdel-Dayem and head of the SCC Hisham Azmy.

The change of venue from the relatively small conference room at the SCC to the main hall of the Opera House was to make it easier to adhere to social distancing measures amid the coronavirus pandemic.

This is the first vote since the SCC members were reduced from 64 to 36.

The Nile Award is the highest honour and is granted to three people in the fields of literature, arts and social sciences. Each winner gets EGP 500,000 and a gold medal. A new award for the most creative Arab personality was added for the first time in 2018.

The Nile Award in Literature was given to writer Ahmed Aly Morsy.

The Nile Award for the Most Creative Arab personality was awarded to Sudanese artist Mohamed Omar Khalil.

The Nile Award for a creative Arab personality was launched in 2018 year in a bid to strengthen ties between Egypt and Arab creative minds.

The Appreciation Award in Literature was awarded to writers Yacoub El-Sharoni, Mohamed Gebril, and Abdallah Tatawy.

The fourth award was withheld.

The award is given to seven people and carries a prize of EGP 100,000 plus a silver medal.

The Excellency Award in Literature was granted to Ahmed Balboula and Fawzy Khedr.

The Excellency Award in Social Sciences was handed to philosophy professor and former director of the National Center for Translation Anwar Moghith as well as Ibrahim El-Desouky Abdallah El-Meslemy.

The third award was withheld.

There are 52 prizes worth a total of EGP 7 million (around $1 million) divided into four sections:

The 32 Encouragement Awards are divided as follows: eight for the arts, eight for literature, eight in social sciences and eight for law and economic research.

Of the seven Excellency Awards, two are for the arts, two for literature and three for social sciences. Political analyst Ammar Ali Hassan and economy expert Ahmed El-Naggar were among the winners of the prize last year.

The vote also includes 10 Appreciation Awards: three for the arts, three for literature and four for social sciences. This award was granted for the first time in 1999. Novelists Khairy Shalaby and Gamal El-Ghitani, poet Mohammed Afifi Mattar and critic Gaber Asfour are among past winners.

Finally, the four Nile Awards are divided as follows: one for the arts, one for literature, one for social sciences and one for the Most Creative Arab personality. The Nile Award was originally named the Mubarak Award but was changed in the aftermath of the 25 January 2011 revolution that ousted president Hosni Mubarak from power.

Poet Abdel-Rahman El-Abnoudi, writers Bahaa Taher, Ibrahim Aslan and Waheed Hamed, and cinema director Youssef Chahine are the most prominent figures to date who have won the Nile Award.

The State Awards were launched in 1958 and have only been cancelled once, in 1967, during the Six-Day War between Egypt and Israel.