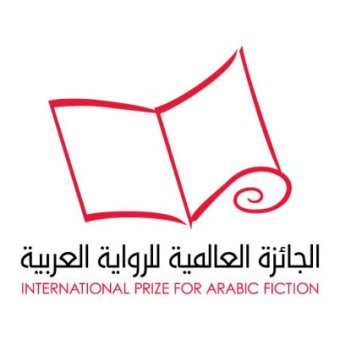 The shortlist for the $50,000 International Prize for Arabic Fiction has been revealed, featuring former winner Youssef Ziedan and twice-nominated Lebanese writer Jabbour Douaihy.

Announced by the judging panel at a press conference in Marrakesh’s Water Museum, the list features five men and one woman, representing five countries.

Egyptian writer Ziedan, who won the 2009 prize with Azazeel (Atlantic), makes the 2020 shortlist for Fardeqan–the Detention of the Great Sheikh (Dar al-Shorouk) about the Muslim polymath whose work had a profound impact on world philosophy.

Douaihy was shortlisted for the inaugural prize in 2008 with June Rain (Bloomsbury) and again four years later. This year, the writer gets the nod for The King of India (Dar Al Saqi), recounting the story of a Lebanese murder case against the backdrop of sectarian animosity in the region.

Also on the shortlist is Algeria’s Abdelouahab Aissaoui for The Spartan Court (Dar Mim), following the interconnected lives of five individuals and their differing experiences of colonialism in 19th-century Algiers.

The Tank by Iraq’s Alia Mamdouh (Al-Mutawassit ), details the architectural development of modern Baghdad, while also following its main protagonist in her new life in exile, while The Russian Quarter by Syrian writer Khalil Alrez (Difaf) describes the daily existence of ordinary people living on the frontlines of war, based on the author’s experience of a Damascus neighbourhood.

Completing the list is Firewood of Sarajevo by Algeria’s Said Khatibi (Al-Ikhtilef), following two Algerian protagonists seeking a new life away from conflict in Slovenia.

The shortlist was chosen by a panel of five judges chaired by Muhsin al-Musawi, an Iraqi literary critic and professor of classical and modern Arabic literature, comparative and cultural studies at Columbia University.

He said: “The novels we have chosen include a superior collection of texts varied in style and subject matter. They have escaped the grip of traditionalism which often accompanies the writing of fiction. Nearly all of them are occupied with the oppressive effect of history, past and present, but they do not merely retell this history or current reality. Rather, they confront it in all its harshness to inspire in the reader questions about the destiny of the Arabic individual.”

Each of the six shortlisted authors will receive $10,000, with the winner of the prize, which is supported by the Booker Prize Foundation, announced on 14th April in Abu Dhabi, receiving an additional $50,000.

Professor Yasir Suleiman, chair of the board of trustees, said: “The shortlisted works for this year grapple with what seem like the perennial concerns of Arab societies in modern times. War in all its forms is an overriding theme in pre-colonial, colonial and post-colonial times. Some of the novels follow well-worn narratives, but they do so with verve and singular success. Others are more experimental, opting for narrative fragmentation as if to symbolically refract the shattered state of modern Arab life. The variety will certainly appeal to wide audience.”

The Night Mail by Hoda Barakat (Dar al-Adab), which won last year’s award, is being translated by Marilyn Booth for publication by Oneworld in September.