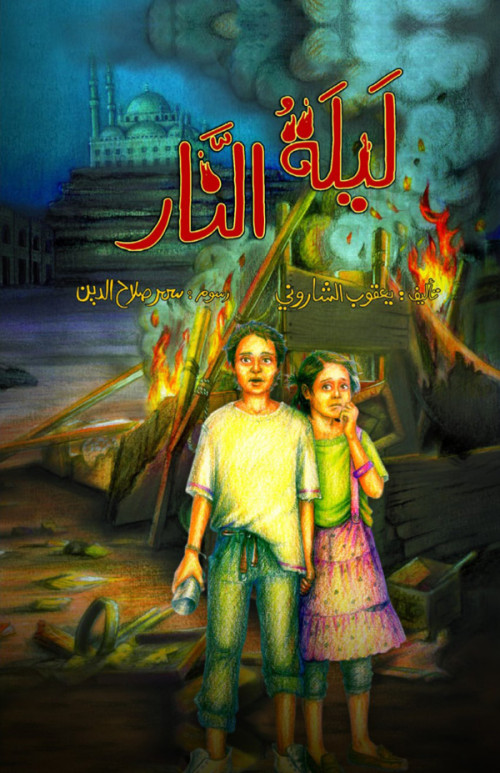 The United Nations Sustainable Development Goals Book Club has chosen a novel by the Egyptian master of children’s literature, Yacoub El-Sharouni, as one of the best literary works that raises awareness of the fight against poverty.

The novel, The Night of Fire, is one of four Arabic-language children’s books chosen by the book club, formed by the United Nations and the International Publishers Association, to educate young readers on the first Sustainable Development Goal, on fighting poverty.

The club aims to use books as a tool to encourage children ages 6-12 to interact with the principles of the Sustainable Development Goals through a curated reading list of books from around the world related to each of the 17 SDGs in all six official UN languages—Arabic, Chinese, English, French, Russian, and Spanish.

El-Sharouni’s novel is based on a true story of a fire that ravaged the old citadel’s market in Egypt, which sees frequent market fires. El-Sharouni’s imagination turns the fire from an unfortunate accident to a point to reflect on the problems of the poor, reinforcing confidence in children and their ideas and the courage and bravery of young people.

El-Sharouni told Ahram Online that the choice of his novel is an “appreciation to Egypt and its people and proof that we can produce literature that can compete on a global level with international standards.

“This choice proves once again the importance of children’s literature and its ability to inform and attract children and young people and contribute to the process of change for a better future.”

The same novel was chosen by the International Board on Books for Young People (IBBY) in 2016 to be added to the honour list, which is published biennially, of recommended works for children by outstanding writers, illustrators and translators from its national sections.

El-Sharouni, 88, is famous in Egypt for his writing for children and young people; dozens of his books have been translated into different languages. He has also been awarded many international prizes in recognition of his work.

Laylat Al-Nar (“The Night of Fire”) was published in Arabic in 2014 by Nahdet Misr publishing house.