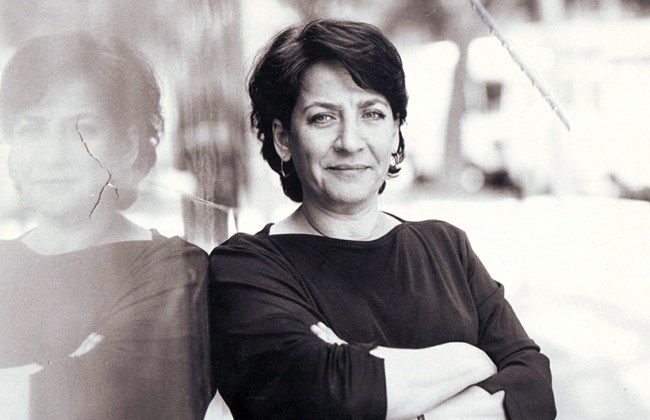 In a statement, the Chair of Judges, Charafdine Majdouline, said: “The Night Mail is a highly accomplished novel that stands out for its condensed economy of language, narrative structure, and capacity to convey the inner workings of human beings. By choosing to use techniques well-known in novel writing, Barakat faced a challenge, but she succeeded in creatively innovating within the tradition to successfully convince the reader.”

Barakat received her award at a ceremony held at the Fairmont Bab Al Bahr in Abu Dhabi.

A summary published on IPAF website said “The Night Mail” tells the stories of letter writers.

“The letters are lost, like the people who have penned them, but each is linked to another and their fates are woven together, like those of their owners. The writers are foreigners, either immigrants by choice or forced by circumstance to leave their countries; exiled and homeless, orphans of their countries with fractured destinies,” it said.

“The novel’s realm is — like the times we live in — one of deep questioning and ambiguity, where boundaries have been erased, and old places and homes lost forever,” it added.

Barakat is a Lebanese novelist, who was born in Beirut in 1952. She has worked in teaching and journalism and currently lives in France. She has published six novels, two plays, a book of short stories and a book of memoirs.

Barakat received the ‘Chevalier de l’Ordre des Arts et des Lettres’ in 2002 and the ‘Chevalier de l’Ordre du Mérite National’ in 2008. Her novels include: The Stone of Laughter (1990), Disciples of Passion (1993), The Tiller of Waters (2000) which won the Naguib Mahfouz Medal for Literature in that year, and My Master and my Lover (2004). Her fifth novel, The Kingdom of This Earth (2012), reached the IPAF longlist in 2013. In 2015, she was a finalist for the Man Booker International Prize, given (at that time) every two years to honor a writer’s overall contribution to fiction on the world stage.