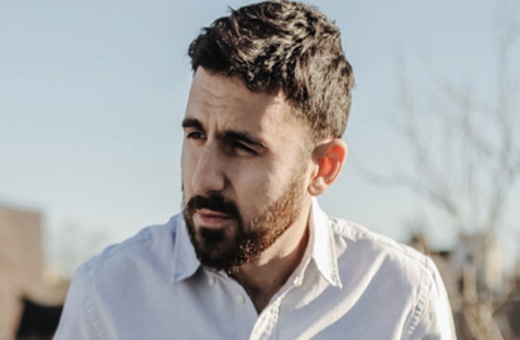 British-Egyptian writer, Omar Robert Hamilton, has won the “Prize for Arabic Literature,” for his novel “The City Always Wins.”

Hamilton won the prize for the French edition of his book translated by Sarah Gurcel and published by the prestigious French publishing house Gallimard.

The jury, chaired this year by Alexandre Najjar, writer and head of L’Orient littéraire, hailed the novel as “a powerful first novel, perfectly mastered, which plunges us into Egypt at the time of the 2011 revolution and which paints moving portraits of young Egyptians engaged in their fight for freedom.

The prize, founded in 2013 is awarded by Jean-Luc Lagardère foundation and the Institute of the Arab World in Paris, and is awarded to Arabic Literature translated into French.

The novel was originally published in English in London in 2017 by Faber, and is set during the 25 January revolution. It gives an account of the revolution from the triumphant ouster of President Hosni Mubarak to the events at Maspero in October 2011.

The Arabic translation of the book is not out yet, but is expected to be released soon.

The award will be presented to Omar Robert Hamilton on October 24, 2018 at 7:00 pm at the Arab World Institute in the presence of its president Jack Lang, Pierre Leroy, co-manager of Lagardère SCA and managing director of the Jean-Luc Lagardère Foundation.

The 10,000 Euros prize was awarded to Lebanese novelist, Jabbour El-Douaihy in 2013, Egyptian Mohamed El-Fakharany in 2014, Saudi Mohamed Hassan Elwan in 21, Iraqi Inaam Kachachi in 2017, and finally Iraqi Sinan Anton in 2017.

Omar Robert Hamilton, Born in London in 1984, is a British-Egyptian author and filmmaker, he directed short films and co-founded the Palestine Literature Festival with his mother Ahdaf Soueif, one of Egypt’s prominent novelists. He filmed the rallies in Tahrir Square in January and February 2011, before participating in the creation of the Moisreen collective to document the protests in Egypt.