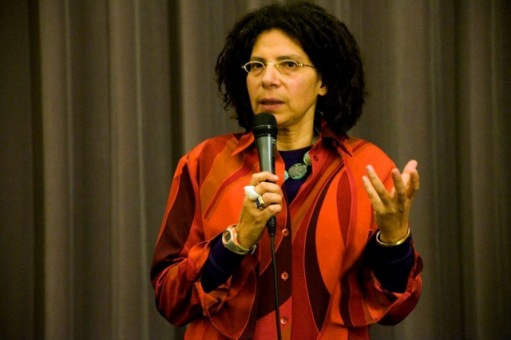 Cairo-born filmmaker Iman Kamel received the award of Iconic Women Creating a Better World for All at the Women Economic Forum (WEF) on 12 May in New Delhi, India.

Kamel’s most recent documentary Egyptian Jeanne d’Arc (2016) premiered worldwide within the Muhr Feature Competition at DIFF and was nominated for the Arab-German Film Prize of the Robert Bosch Stiftung Foundation in Germany.

The documentary was presented at the Africa Produce Co-Production Forum in Spain and the Amiens Screenplay Development Fund in France.

The annual Women Economic Forum is a global conference which fosters exchange among female leaders from over 100 countries around the world.

According to its official website, WEF’s diverse environment paves the way for “peer-exchange and learning in a diverse and interdisciplinary context,” granting women the chance to network and “expand their business opportunities and increase their global influence.”

The forum’s events take place year round around the world.