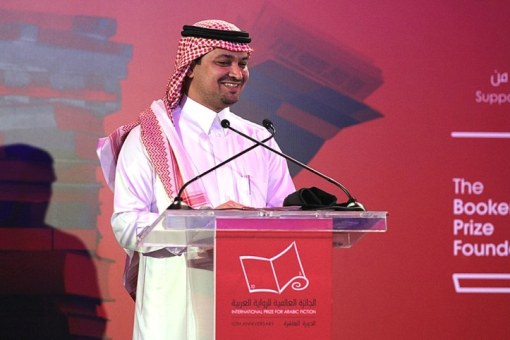 The 2017 International Prize for Arabic Fiction (IPAF) has gone to Mohammed Hasan Alwan for his A Small Death:

A Small Death follows the life of the philosopher-poet Ibn Arabi from his birth in Muslim Spain in the 12th century until his death in Damascus, by way of Azerbaijan, Morocco, Egypt, the Hijaz, Syria, Iraq, and Turkey.

Judging chair Sahar Khalifeh said, in prepared comments, “A Small Death explores the life and thought of Ibn ‘Arabi. With striking artistry and in captivating language it sheds light on Ibn ‘Arabi’s view of spiritual and temporal love in their most refined forms. The life of Ibn ‘Arabi, the man, evolves and takes shape against the background of a tumultuous historical period filled with wars and conflicts.”

Alwan was born in Riyadh, Saudi Arabia, but now lives and works in Toronto, Canada. A Small Death is his fifth novel; his 2011 The Beaver was shortlisted for 2013 IPAF, and its French translation by Stéphanie Dujols went on to win the 2015 Arab World Institute’s Prix de la Littérature Arabe. It has not yet been translated into English, although several of his short stories have been.

In a film organized by the prize, Alwan said, “It might seem odd to choose to write a novel about Ibn ‘Arabi with all those extreme Eastern concepts, whilst residing in this distant cold corner of the world in Canada. I often think about this. So, at first, I directly linked it to me feeling nostalgic, then I realised that being exposed to what is seemingly foreign or different is what drives me to reconnect with myself, as well as with my heritage and old culture.”

You can now watch all the shortlist films. They are, as in previous years, directed by the talented Kheridine Mabrouk.