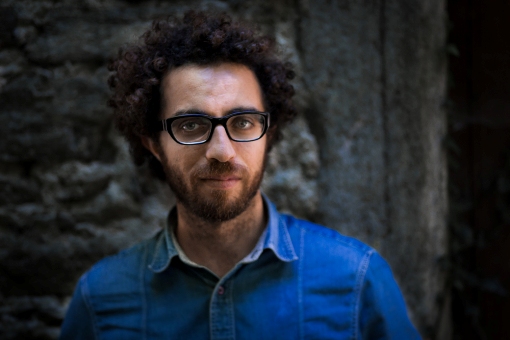 The Kuwait-based prize, which earns Maarouf $20,000 US, named him as their first-ever winner Monday night at an event organized by the American University in Kuwait.

The other four shortlisted writers each earn $5,000.

Maarouf, in a celebratory Facebook post, called this a “win for the short story,” which has often been sidelined in favor of support and promotion for the novel. Maarouf also said that everyone on the shortlist had won along with him.

While Arafai and Rafie have previously won short-story awards, this was Maarouf’s first collection, following three collections of poetry.

Maarouf has since released a second short-story collection, as he announced at the end of October.

Internationally, Maarouf has thus far been known as a poet and a translator. His poems have been translated into at least seven languages. One of his stories — his wonderfully strange, incantatory short story “The Boxes” — was included in Beirut Noir, edited by Iman Humaydan and translated by Michelle Hartman.

Maarouf was born in Beirut to a family of Palestinian refugees who had to flee Tal El-Zaatar in the begining of Lebanese civil war. His three poetry collections are: The Camera Doesn’t Capture Birds” (1st edition Ed. Al-Anwar 2004, 2nd edition Ed. Al-Kamel 2010), Our Grief Resembles Bread (Ed. Al-Farabi 2000), and An Angel Suspended On a Clothesline (Ed. Riad El-Rayyes 2012), which has been translated into several languages including French under the title Un Ange Sur une Corde à Linge(L’Amandier Poésie, 2013, translated by Samira Negrouche) and Icelandic under the title Ekkert Nema Strokleður (Dimma, 2013, translated By Aðalsteinn Ásberg, Sjón and Kári Tulinius).

Al-Multaqa Prize includes support for translation, so English-language readers should see Jokes for the Gunmen soon.

The Monday-night announcement was made by judging chair Ahmed Madeeni. The other judges this year were Ezzat al-Qamhawi, Dr. Ali Ajail al-Anezi, Dr. Fadia Faqir, and Salma Saleh. The prize, which has a distinguished international advisory board, was the brainchild of Kuwaiti author Taleb Alrefai (@talrefai1).

There were 189 collections in contention for the prize, sent in from 15 different countries. That was whittled down to a ten-book longlist announced in October, followed by a five-book shortlist announced in November.

Get to know Maarouf’s work:

“The Boxes,” in Beirut Noir, translated by Michelle Hartman.