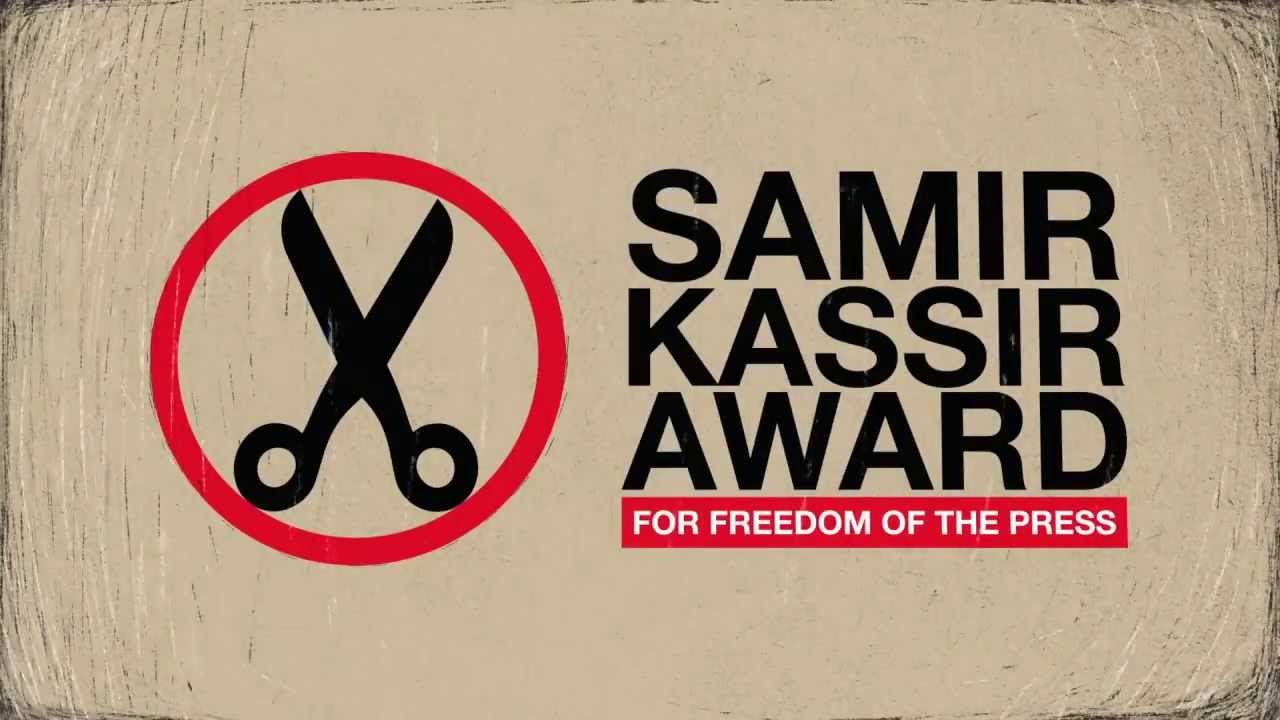 Three winners from the Arab world were awarded the Samir Kassir Award for Freedom of the Press in a ceremony held by the Samir Kassir Foundation Tuesday, on the 10th anniversary of the renowned journalist’s assassination. Syrian national Ayman Ahmad received the award for the opinion article category; Hisham Manaa, an Egyptian born in 1990, won the award for the investigative category; while Palestinian-Syrian Mohammad Nour Ahmad, born in 1982, won the award for the audiovisual report category. The winners were chosen based on the evaluation of an independent seven-member committee of judges from Lebanon, Jordan, France, Ireland, Sweden and Tunisia. European Union Ambassador to Lebanon Angelina Eichhorst said during the ceremony that the freedom of press and expression was at risk. “Amid the absence of the freedom of media, there’s no presence for press, but for systematic propaganda,” Eichhorst said. “The award is important because it shows us the importance of pluralism and why we need to a true, free and open general speech on matters that concern us,” Eichhorst said. Sh added that 60 journalists have been killed globally in 2014. “Almost half of them in the Middle East,” Eichhorst said.