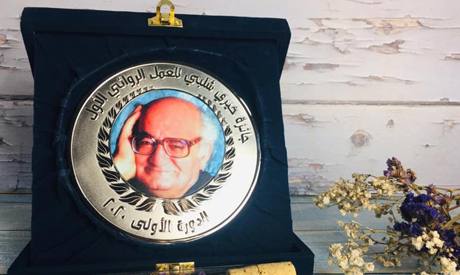 The winner of the Khairy Shalaby Award for the First Novel has been announced today, kickstarting a new prestigious literary award in Egypt to help encourage young writers by offering them the opportunity to publish their first novel.

The judging panel announced young writer Rania Labboudy, 24, as winner of the award’s first edition for her novel Assa’a ba’d Sifr (The Hour After Zero).

The announcement of the winner Wednesday, 9 September, coincides with the 9th anniversary of the death of the iconic Egyptian writer, who passed away 9 September 2011 aged 73. Zein Khairy Shalaby, the son of the late novelist, announced the award winner.

The winner was been chosen by panel of judges consisting of established Egyptian novelists Mahmoud El-Wardani, Ibrahim Abdel-Meguied and Tarek Imam. The shortlist for the award included, Nada Ahmed Ali with her work, Manahel, Abdallah Ossama for his work Gomouh Moubakker, and Labboudy.

All the shortlisted nominees for the award are from outside Cairo.

The winning novel will be published by Battana Publishing House which partnered with the award to print the winner’s work.

The Khairy Shalaby Award for the First Novel was announced at the beginning of this year and will open the door for submissions on 31 January every year to coincide with the birthday of the late writer, with the winner announced 9 September each year.

Hopefuls should be Egyptian and under 40 years old and have not published any novels before.

Shalaby was one of Egypt’s most renowned writers, penning 70 novels, essays, plays and biographies during his career. Many of his stories were turned into movies. He earned many awards, including Best Arab Novelist in 2003.