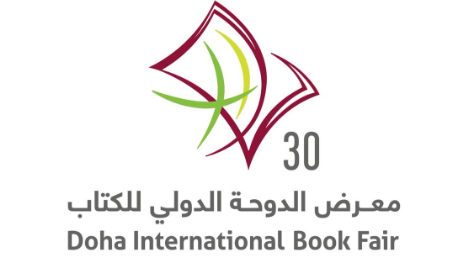 Posted By: Elisa Riccoon: gennaio 10, 2020In: Cultura e società, Rassegna stampaNo Comments
Stampa Email
Da Gulf Times del 7 gennaio 2020
E’ attesa grande partecipazione per la 30ma Fiera Internazionale del libro di Doha che inizierà il 18 gennaio e in occasione della quale le 335 case editrici provenienti da 31 paesi presenteranno centinaia di nuovi titoli.
BOOK FAIR: QATARI PUBLISHERS’ PARTICIPATION LARGEST THIS YEAR
The 30 edition of the Doha International Book Fair (DIBF), due to start Thursday, is witnessing the largest participation of the Qatari private publishing houses.
The Qatari publishing houses present hundreds of new titles that highlight the Qatari and Arabic writings from Doha. The Qatari publishers taking part in the DIBF include Katara Publishing House; Hamad Bin Khalifa University (HBKU) Press; Lusail Publishing House; Roza Publishing; Zekreet Publishing and Distribution; Dar Al-Watad; Dar Al Thaqafa Printing and Dar Al Sharq among others.
335 publishers from 31 countries are attending the book fair. France will be the guest of honor as Qatar-France Year of Culture 2020 is being celebrated this year.
Head of Katara Publishing House’ pavilion at DIBF Khalid al-Mohannadi said in a statement issued by Katara, that Katara Publishing House is exhibiting 150 book titles including novels; poetry collections; critical and linguistic studies; biographies and autobiographies; and literature on the Qatari heritage and history in addition to several translated books. He pointed out that this is Katara’s 3rd participation in the DIBF.
HMKU Press is about to post its 10th consecutive participation in the DIBF, as part of its commitment to foster passion for reading and knowledge among members of society in Qatar and the Middle East region, displaying a long list of literary and scientific books. HBKU Press displays more than 100 new titles in both Arabic and English, while its pavilion is also set to host a group of authors and book signing ceremonies.
Communication and Special Projects Manager at HBKU Press Reema Ismael said: “At HBKU Press, we always look forward to participate in this event, which provides an optimum opportunity for us to reiterate our commitment to disseminating knowledge in and outside Qatar”. She added that the HBKU Press will continue to be an exhibitor in all the future editions of the DIBF.
For her part, CEO of Roza Publishing Aisha Jassim al-Kuwari said: “Roza Publishing strives to support Qatari authors and present their writings in an outstanding fashion”. She pointed out that the publisher is taking part in the DIBF with 115 titles, including 49 new releases in various fields of children’s literature; novels; short stories; poetry and prose; articles; human development and studies.
“Rosa Publishing, the first private Qatari publishing house, seeks leadership and excellence in disseminating intellectual production for Qatari youth; encouraging reading throughout the knowledge society; advancing Arab culture; and benefiting from discreet experiences in the field of authoring and publishing,” Aisha al-Kuwari said adding a number of authors would be present at the publisher’s pavilion, to sign their newly released books.
Lusail Publishing and Distribution House is also preparing for a wide participation in the Doha International Book Fair by presenting a great set of publications by an elite of Qatari, Arab and foreign writers. In this year’s edition, the House participates with 126 publications covering all groups and ages and their topics vary between literature, thought and technology, politics, sociology, philosophy, education, novels, children’s stories, sports, translation, among others.
Managing Director of Lusail Publishing and Distribution House Khalid Mubarak al-Dulaimi said that the House has this year accomplished a set of valuable and varied publications, as it issued a series of works by senior Qatari and Arab writers, adding that based on its societal role in contributing to building a generation of intellectuals, it provided all that possible to support novice writers who have the talent, and helped them achieve their ambition to publish their works. He also stressed that the participation of Lusail House in the 2020 Doha International Book Fair will be unique, and that it will hold events targeting young and old people.
Among other emerging publishing houses is Dar Al Watad which will participate in the upcoming edition of the Doha International Book Fair. Director of Dar Al Watad Ibrahim Abdulrahim al-Buhashim told Qatar News Agency (QNA) that Dar Al Watad this year will present a set of 35 publications published in 2019 along with previous editions. He noted that these publications include literary and scientific books covering a number of areas, most notably psychology, law and economics, pointing out that the house will provide a diverse cultural program as well as book signature during the Fair.
Zekreet Publishing and Distribution will also participate in the exhibition with a selection of more than 30 new titles covering scientific, cultural, religious and literary sectors, in addition to law, history, translations and Qur’anic studies as well as the narrative field. In addition, it will display other publications which include 15 titles covering poetry, articles, story, child literature, self-development sciences, Islamic intellectual studies, educational sector, and economics.
Belgium and Australia are taking part for the first time in the Doha International Book Fair. The pavilions booked at the fair number 797.
The exhibition is opens daily from 9am until 9pm, except on Friday (from 3pm until 10pm) and Thursday (from 9am to 10pm). The book fair is being held at the Doha Exhibition and Convention Centre from Thursday until January 18.
Tags: culturaDohafiera internazionale libroletteraturaQatar
Share 0
Tweet 0
Share 0
Share
Share