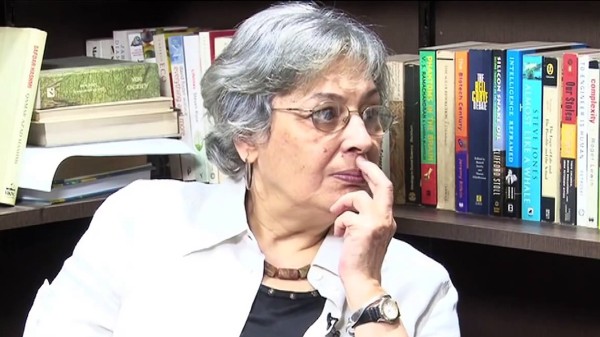 Barghouti, who was married to Ashour for forty-four years, made the announcement on what would have been the author’s 73rd birthday. Barghouti worked with their son, Tamim Barghouti, to bring together this new collection of Ashour’s literary, critical, and political essays. The collection, “لكل المقهورين أجنحة” (Wings for All the Oppressed) will be published by Dar al-Shorouk.

Although the works have been published elsewhere, they are collected in book form for the first time. The collection, when published, is expected to be between 300 and 400 pages, according to Dar al-Shorouk.

A few of Ashour’s essays have been translated, including the moving “My Experience with Writing,” tr. Rebecca Porteous, and some of her scholarly work is available in English. Yet, compared to her fiction, relatively little of Ashour’s nonfiction work has been translated into English. Ashour’s early short memoir The Journey was translated by Michelle Hartman published last spring. The Journey is set in the mid-1970s, Ashour’s years doing a PhD in Massachusetts on African-American Literature. You can read an excerpt here.

Ashour’s most well-known work is the celebrated historical trilogy Granada; only the first book in the trilogy has been translated into English by William Granara. Another favorite is the short but lovely Siraaj, trans. Barbara Romaine, which tells the story of a doomed revolt against a despotic sultan. This fable-like history set on an imaginary island near Yemen at the close of the nineteenth century. You can read an excerpt at the University of Texas Press website. Also translated by Romaine is Spectres, which is really two books: a beautiful meta-memoir twined with an echoing fictional character.