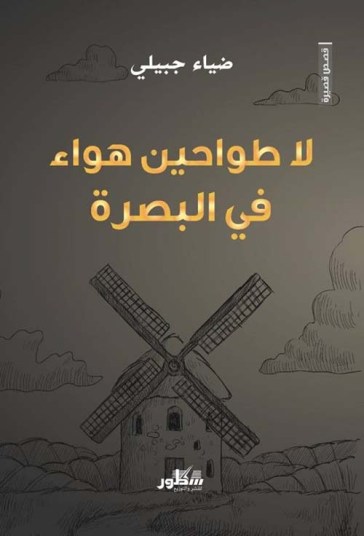 The prize committee, chaired by Kuwaiti critic Suad Alenzi, said in a prepared release that members of the jury had a “long and complex” debate, but decided unanimously on Jubaili’s collection.

According to the judges, the No Windmills in Basra combined realism and fantasy in its often satiric depictions of war that includes stories set during “the Iraq-Iran war, the Gulf War, and the waves of extremism that engulf Iraq to this day.”

The Kuwait-based Almultaqa Prize comes with  $20,000, while each author on the shortlist receives $5,000. The other four shortlisted collections were: The Invention of Pain, by Algerian writer Mohammed Jaafar; Kunkaan, by Iraqi writer Saad Mohammed Raheem; A Haven for Absence, by Egyptian novelist and short-story writer Mansoura Ez-Eldin; and Are You Buying My Clothes, by Saudi poet and short-story writer Balqis al-Melhem.

The release also notes the prize supports translation into English; the inaugural winner, Mazen Maarouf’s Jokes for the Gunmen, was translated by Jonathan Wright and will be published by Granta in 2019.

Jubaili was born in Basra in 1977, where he still lives. His formal education was thwarted by the years of blockade and war, yet he is author of a number of novels and short-story collections, including The Curse of the Marquis (2007), which won the Dubai Magazine Award, The Ugly face of Vincent (2009), Bogeys, the Bizarre (2011), General Stanley Maude’s Souvenir (2014) and The Lion of Basra (2016). He was also a contributor to Comma Press’s Iraq + 100 collection.