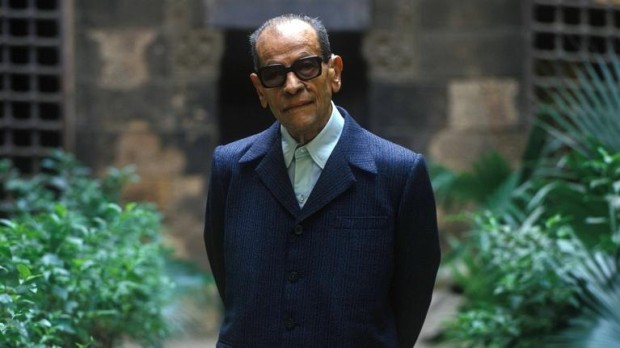 Eighteen unpublished short stories by legendary writer and winner of the Nobel Prize in Literature Naguib Mahfouz were discovered and will be released soon, Um Kulthum Naguib Mahfouz revealed.

Um Kulthum said in a statement that the short stories were discovered by journalist  while working on a book about the controversy surrounding Mahfouz’s novel, “Awlad Haretna” (Children of our Avenue).

While researching in archives, books, magazines, and newspapers to document the publishing history of the novel, Shoair came across a file of 50 short stories written by Mahfouz titled “for publishing 1994”.

Written in the mid-90s, some of these 50 short stories were published in Nisfeldunia magazine, issued by Al-Ahram, before the failed assassination attempt of Mahfouz in 1994. Yet, Shoair and Um Kulthum found that 18 of them were never published.

Mahfouz’s daughter is currently working for the publisher of the new collection.

Author of 34 novels, over 350 short stories, five plays and dozens of movie scripts, Mahfouz was by all means the most disciplined writer ever. He wrote for one hour daily throughout his 70-year career, smoked three cigarettes per day and walked by the Nile every morning.

He met weekly with a new generation of writers, artists, and readers through an informal seminar, a habit he developed in the 1950’s.

At the age of 82, Mahfouz was stabbed in the neck in 1994 by an Islamic extremist in an assassination attempt following a huge wave of hatred after the fatwah (Religious statement) issued by Ayat Allah Khomeini of Iran against Arab/English author Salman Rushdi over his famous book “Satanic Verses”.

Khomeini decreed that Salman Rushdi should be killed for writing that novel. Naguib Mahfouz, in spite of considering the novel disrespectful to Islam, took a position against inciting violence towards Rushdi.

This incident however directed attention to Mahfouz’s controversial novel “Awlad Haretna” (The Children of Our Avenue). It was deemed as one of the most famous novels in the history of Arabic literature. The novel spoke about God, the prophets and creatively explained the philosophy of religion.

The controversy came from his design of the character of Gebelawi, a wealthy landowner and a harsh father who is negligent to his descendants, leaving them in poverty and misery, appointing the dark son Adham to run the business instead of Idris the eldest son, relaying the story of Adam and Satan, then the quarrel between Satan and God, and later mentioning the story of Kane and Abel where he kills his brother and the grandfather refuses to interfere.

The stories of the prophets of the main religions, Moses, Jesus and Mohamed, continue. He changes the names brilliantly with clear hints to which religious personality he is handling in each new chapter. He avoids the miracles, humanizes the struggles in efforts to make the story about fighting for the rights of the poor who are all sons of Gebelawi and have equal rights to wealth.

Mahfouz was blunt in expressing his ideas; he discussed politics, history and philosophy in his novels. He covered a lot of subjects such as socialism, homosexuality, and God; his novels were informative and showed the development of Egypt in the 20th century.

Mahfouz’s first novel was “Khufu’s Wisdom” and he also wrote 35 novels afterwards and 15 collections of short stories alongside with “Echoes of an Autobiography” in 1994, according to an article by AUC Press.