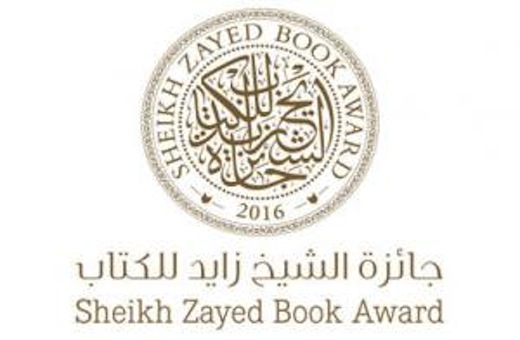 The Sheikh Zayed Book Award announced today the short list for ‘Literature’ and ‘Children’s Literature’ categories following a series of intensive meetings of the Scientific Committee last week. The list includes three titles per category which have been unanimously approved by the judges in their respective categories.

Titles in the Literature short list include works from Yemen, Iraq and Egypt as follows;

‘Bakhur ‘adani’ (Incense from Aden); by Yemeni Novelist Ali Al-Muqri (2014) published by Dar al-Saqi, Beirut. The novel is inspired by the social and political history of the city of Aden, commonly known for its religious tolerance and ethnic diversity. The novel narrates the journey of a French soldier upon reaching the port of Aden during World War II. The soldier learns Arabic Language, and engages in Yemeni public life, in a tolerant environment which soon erupts into intense conflict zone where suffrage and migration begins; turning Aden’s once known paradise to a place of human misery. The author contemplates the meaning of home and what constitutes it.

‘Thi’bat al hob wal kutub’ (The she-wolf of love and books), by Muhsin al-Ramli from Iraq. The novel is published by Dar Al-Mada, Baghdad 2015. The importance of the novel lies in addressing the human suffering of the Iraqi diaspora in Exile after the U.S invasion of Iraq. Muhsen (the main character) escapes to Jordan and when accessing his email account, he accidently accesses his brother’s and finds letters from Hyam, who happens to be an Iraqi woman residing in Spain. The author takes the reader through an intricate journey of emails between Hyam and Muhsen posing as his brother, Hassan. Eventually, Muhsen develops mounting affection towards Hyam and decides to travel to Spain to meet her.

‘Ma wara’a al kitaba’ (Beyond Writing) by Egyptian novelist Ibrahim Abdelmeguid and published by Al Dar Al Masriah Al Lubnaniah, Cairo 2014. The novel is a biography of a literary author or what is referred to as the Meta narrative. The author narrates his life, experiences, knowledge and relationships in what seems to be a literary testimony. In his book, the author seeks to expose the political, social and cultural contexts that accompanied his work as a literary writer, coined in the narrative building often dependant on “time”, along with celebration of the place, particularly the city of Alexandria his birthplace.

As for children’s Literature, three titles were selected from Lebanon, Syria and Saudi;

‘Ta’er al warwar’(The bee-eater) by Lebanese author Hassan Abdallah, published by Academia International, Lebanon 2015. The story is about a group of school-aged children chasing a small bird with a broken wing, which hides behind the bushes to avoid getting caught. The children start a fire to force the bird out of the bushes leading to a serious spread of flames everywhere. The story educates children about the value of humane treatment of animals, love of nature and preservation of environment.

‘Al bahth ‘an al saqr ghannam’ (Looking for Ghannam, the Falcon) by Lina Al Hassan Hawyan from Syria and published by Dar Al Adab, Lebanon 2015; The story spins around a 14 year-old boy named ‘Sabah’ whose uncle Khalid loses his falcon ‘Ghannam’; they set out to look for him in the desert accompanied by Sarhan, the hunting dog. On the first day of the journey, Sabah loses sight of his uncle and finds himself all alone with the dog and a bottle of water, some flour and ghee. The author takes us on a trip of seven long days into the mysterious and beautiful world of the Sahara to follow Sabah’s lone wander through the desert.

‘Eed fi ibreeq’ (Fest in a Jug) by Saudi writer Nouf Alosaimi, published by Kadi and Ramadi, Saudi Arabia 2014. The story is about the religious festival celebrated by Muslims (Eid al-Adha) and how a little girl learns about it and experiences the beautiful traditions surrounding it. Sama, lives in a big orphanage and usually carries a small Jug/pitcher where she pretends to hide in when she’s in sorrow or overjoyed. Sama travels to her grandmother to celebrate Eid al-Adha and decides to bring back the feast in a Jug to show her friends at the orphanage.

The Sheikh Zayed Book Award will be announcing the rest of the short lists in the coming few days followed by announcement of winners. The annual award presentation ceremony will be held during the Abu Dhabi International Book Fair (April 27 to May 3, 2016) at the International Exhibition Center in Abu Dhabi.