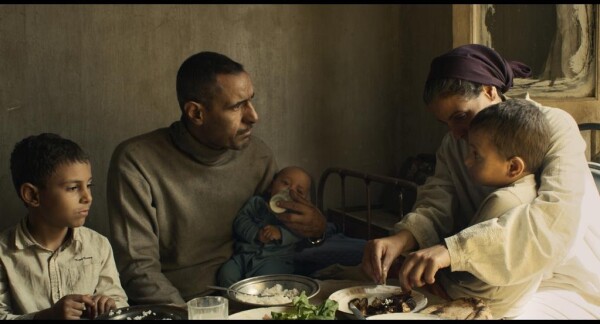 The Awards for Arab Films are organised by the Arab Cinema Centre (ACC), with the winners announced during the ceremony held at the 75th Cannes Film Festival (17-28 May).

The jurors evaluated the nominated films using the Festival Scope digital platform, a partner of ACC.

Feathers premiered at the 74th Cannes Film Festival (2021) where it won the Critics’ Week Grand Prize and the International Federation of Film Critics Award for best first feature in parallel sections.

“When a magic trick goes awry at a children’s birthday party, the authoritative father of the family turns into a chicken. The mysterious transformation sets the family off to a tragically funny adventure of self-discovery to survive without the patriarch.”

The 1st Critics’ Awards for Arab Films was held on the margins of the 70th Cannes Film Festival. The awards are given to the best Arab film productions every year in the following categories: Best Feature Film, Best Documentary Film, Best Director, Best Writer, Best Actress and Best Actor.

This year, for the first time in the history of Arab cinema, the jury committee brought together 167 of the most prominent Arab and international film critics from 68 countries.