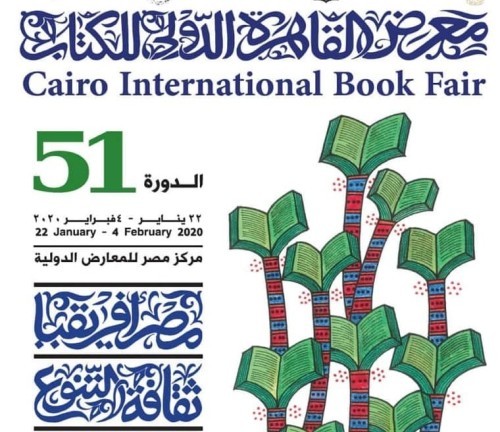 This year’s guest of honour is Senegal.

Until 2018, the annual fair was held at the fairground in Nasr City.

The new venue covers 45,000 square metres. It will host a record number of 900 publishers and 41 vendors for used books all housed in 808 wings.

The details of the new edition of the CIBF were revealed by Egypt’s Minister of Culture Ines Abdel-Dayem at a press conference, where she also announced that this year’s Person of the Fair will be the renowned Egyptian scholar and geographer Gamal Hemdan (1928-1993).

This year sees the return of used book vendors to the fair after they were banned from the new venue last year.

The number of used book sellers, however, has dramatically decreased over the years. Some 41 vendors will be exhibiting their used books this year, down from 108, or more, in the past.

Last year, Haitham El-Hajj Aly, head of the General Egyptian Book Organisation (GEBO) that organises the CIBF, said the organising body did not ban used book sellers from participating in the fair; rather the vendors did not want to abide by the rules of the fair in 2019, so they were not allowed to take part.

Senegal ambassador to Egypt, Illy Saiby, expressed his pleasure to have his country as this year’s guest of honour, saying that his country’s participation will show the diverse faces of Senegal’s culture.

For the second year, the GEBO is cooperating with the Cairo Transport Authority to provide designated bus lines and stations for fair visitors.

There will be seven designated bus routes this year in Cairo with a total of 80 buses that can reach up to 100 buses on weekends and they will be as follows:

Abdel-Moneim Riad Square: Starts from the square through Ramses, Abbasiya, Al-Azhar University, Mehwar El-Mosheer, up to the book fair.

Abbasiya: Through Nadi El-Sekka, Al-Azhar University, Mehwar El-Mosheer, up to the book fair.

15 May City: This line will go directly from 15 May City to the book fair.