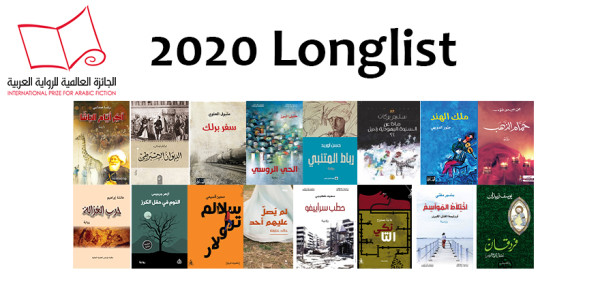 This morning, International Prize for Arabic Fiction (IPAF) organizers revealed both the 16-book longlist for the 2020 prize and the five-judge panel, which is being chaired by Iraqi critic Muhsin al-Musawi.

The list also includes novels by acclaimed authors Alia Mamdouh and Salim Barakat, both on the list for the first time.

The novels selected by the judges were chosen from 128 entries, all published between July 2018 and June 2019.

Al-Musawi said in a prepared statement that the novels on the longlist share a concern “with the crisis of the individual and of humanity as a whole, while strongly inclined to experimentation with the narrative form. The submitted novels were highly competitive in their subject matter and style, so in choosing this longlist the judging panel concentrated on the craftsmanship of the novel, the variety of its approaches and the richness of its stylistic, intellectual and thematic substance.”

In his statement Yasir Suleiman, chair of the Board of Trustees, noted that the longlist was dominated by North African writers, with four books by Algerians, one by a Moroccan writer, one from Tunisia, one from Libya, and two from Egypt. No publisher, this year, had more than two books on the longlist.

The shortlist is set to be announced at a press conference in Morocco on February 4, 2020, with the winner announced April 14, 2020 in Abu Dhabi.