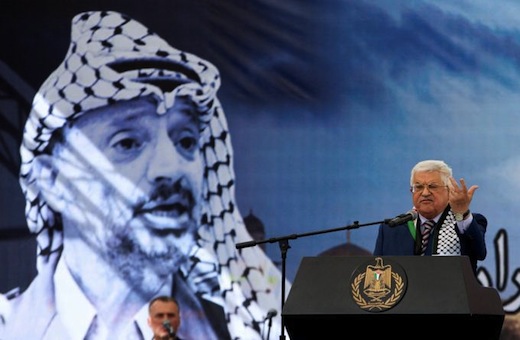 Twelve years after Yasser Arafat’s death, Palestinian President Mahmoud Abbas has launched “Arafat Museum”, which sheds the lights on the contemporary history of the Palestinian people. During the opening ceremony, Abbas expressed his gratefulness for fulfilling this dream, which aims at protecting a heritage of a great courageous man.

The museum has been established in the West Bank complex where Arafat spent his last years under Israeli siege; it is composed of two floors and was designed by the late Palestinian architect Jaafar Toukan. Arafat’s room was left without changes, with his modest bed, tiny closet, and some military suits.

The museum comprises 10,000 pictures featuring “Abo Ammar” in different scenes as a leader, fighter, and president in addition to more than 3500 records, and long documentaries.

Abbas said that this place witnessed the late president’s loud calls he launched against Israel and noted that he has always been a brave man.

The museum offers its visitors the opportunity to learn about Arafat’s personal life especially during his siege years.

Accompanied by Ahmed Aboul-Gheit, secretary-general of the Arab League who attended the opening of the museum, the Palestinian President showcased Arafat’s personal possessions including his bedroom, closet, his famous sunglasses which he was wearing during his speech before the United Nations in 1974, and his Kefeyeh, passport, medical documents, military suits, personal pens, gifts he received, many important correspondences, and his Nobel Prize.

Aboul-Gheit said that President Yasser Arafat lived in siege for three years in this place because he refused to surrender. He added that the details provided in this museum not only tell the biography of Yasser Arafat, but also the history of a country.

On Friday, Palestinians will commemorate the 12th anniversary of Arafat’s death on 11 November 2004 in a hospital in Paris after a sudden deterioration of his health. The former Palestinian president still has maintained admiration in his country and Palestinians still consider him a father and a leader.

It is worth mentioning that Arafat Museum’s cost worth USD7 million paid by the Palestinian government over the past six years.